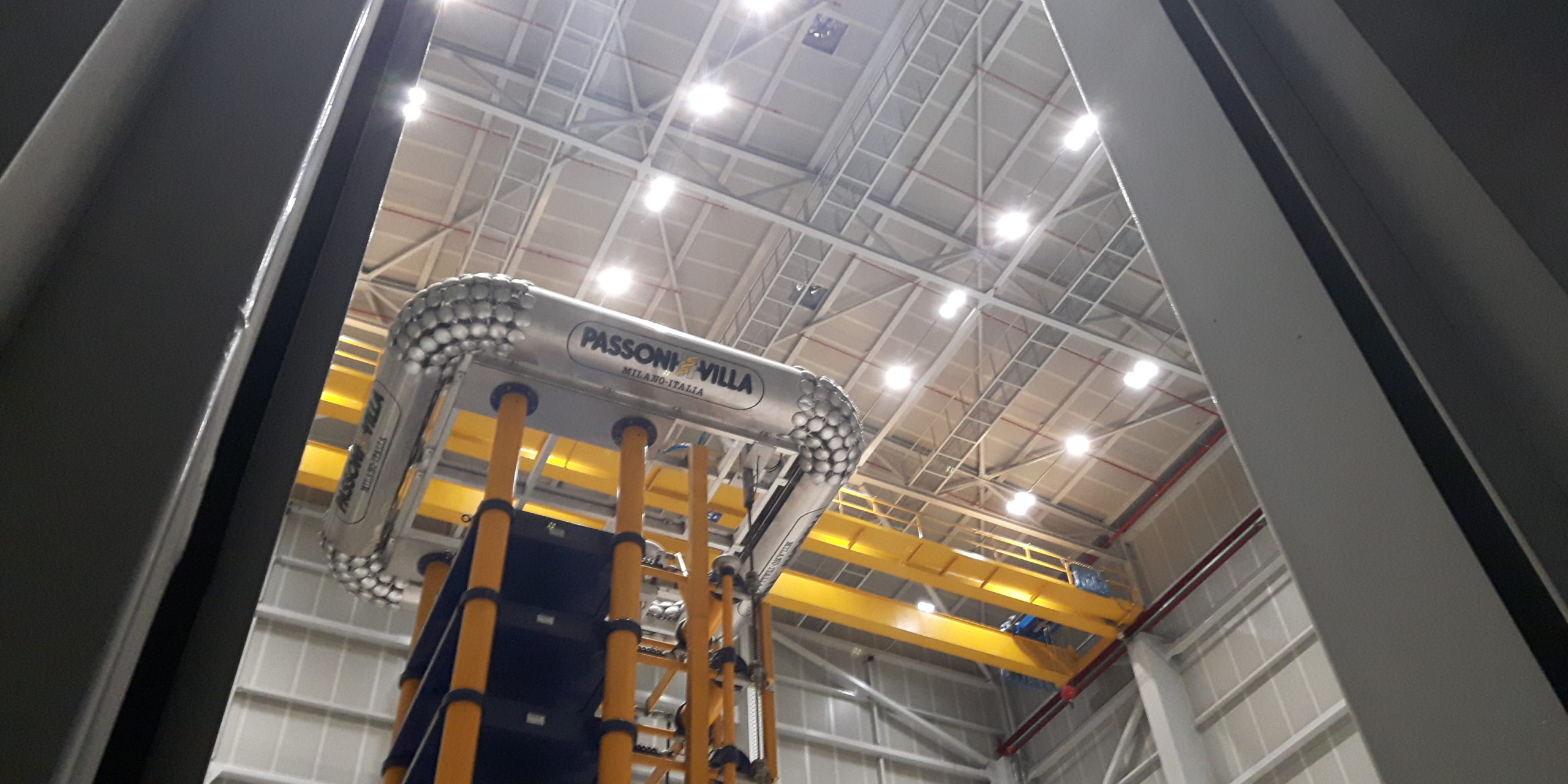 As part of the expansion of the GETRA POWER Factory, we have built new systems and upgrades of some existing ones.

In the modern factory in Marcianise (CE) we built the fire protection systems for the new test room.

The room is dedicated to the test of transformers up to the power of several million volts: it is, in fact, a unique technological structure in Italy and among the first in Europe.

Also, in this establishment, we performed other interventions focused on:

1) technological upgrading of the thermal power station for heating the diathermic oil destined for the production process;